Is Everything in the Bible True? 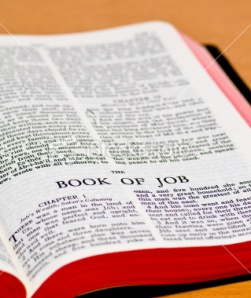 (Ver 2.1)  Today’s Bible lesson is Part 1 in a series of lessons on understanding truth in the Bible.  This of course is a very difficult and tricky question to answer correctly.  How do you approach this subject without offending someone?   Too many people approach the Bible like every word came from the mouth of God and therefore the entire book is completely true from cover to cover.  I am forced to disagree with that assumption but before you write me off, you should hear why.  You see, I do know that God is the author of the Bible and every word it contains was inspired by Him for us.  But is everything in the Bible the truth?  That would be like asking is everything you watch on the ABC World News the truth?  I don’t mean to say that the national news correspondent is intentionally trying to mislead us or lie to us.  That is not what I’m saying at all.  You see, if you’ve ever watched the news, you probably know what I’m going to say.  You may remember when we had a president get up on the news and say ‘I did not have sex with that intern’.  So was that the truth?  Did it make it true because it was on national TV or reported by a popular news anchor  on a respected news program?  You see the problem, don’t you?  The Bible has many quotes from similarly unethical and ignorant people and just because it is in the Bible doesn’t mean it is the truth.

This is in fact a very important and a key element to correct Bible interpretation, first determine who is speaking and then determine what their character and  moral background is before you embrace what they say to be the truth.  If they are the words directly from God, like it says” Thus saith the LORD”; or if they are the words in red ink in the New Testament from Jesus, or the words of one of God’s chosen prophets or apostles then it can be easily confirmed to be the truth.  If however, Moses, David, Paul, John or Luke or whoever, quotes what somebody else said like Ananias or Sapphira in Acts 5, then it is very possible that what is said is not the truth.  Again it depends upon the speaker.  If the speaker is Satan for example, whatever is said could be a partial truth, the complete truth or a complete fabricated lie.  So it definitely matters who is speaking before you can judge whether it is a truth or not.

In the book of Job, in the Old Testament it contains a lot of words from Job, Job’s wife and Job’s friends.  Now while there are many valuable lessons in the book of Job, not every word spoken is the truth.  You see here is Job’s problem, he didn’t have any Bible.  He couldn’t understand most of the things of God.  He couldn’t really know or understand what he was saying, after all what would it have been based upon?  There is not any established basis for the thoughts of Job.  For example, Job said “God has given and God has taken away.”  I’ve heard preachers in church and at funerals stand up and quote this like it was God speaking.  However that is not the truth.  It is true Job said it, it is true it is in the Bible, it is true that God inspired someone to record what he said, but it is not a statement of truth.  I’m sure I’m going to get a lot people upset at me for saying this, but this is the way the Bible was written.  If you read later in the book of Job 38:2, you will see that God asks Job a simple but direct question and it says this “Who is this that darkens counsel with words without knowledge?”  It is very clear to me that God is saying that at least some of Job’s words are baseless ramblings from an ignoarant man.  Yes, Job believed they were true and was not intentionally deceiving anyone, but according to God they were just the words of an ignornat man.  So you must judge what Job says by what God says about Job’s words and then and only then will we better understand the Bible.  According to 2 Timothy 2:15 there is a right way to divide the Word of Truth and by reverse/antithesis implied truths there are also potentially many wrong ways to divide this exact same Words of Truth.  You have to make a determination how you want to do it.  You can do it your way or you can do it God’s way.  The Bible is much more complex than you can imagine and there are specific rules and guidelines which God has given to us to follow and if you learn them and follow them you will not fall into error very often.

So if the Bible contains specific historical information such as names of cities, countries, dates, times, and people can we count on them to be accurate?  Absolutely, the Bible is not a book of mythology, fables, fairy tales or man made legends like Paul Bunyan, Atlas or Methuselah.  The Bible contains actual historical events, places and people.  You can count on every one of them to be more accurate than any text book or history book you had in school.  God knows exactly what happened when and where.

If the Bible has an account of some miraculous event transpiring in a supernatural story, like the parting of the Red Sea, can we rely on that as being a true fact within human history.  Absolutely, people who don’t believe in God will of course try to convince you that this is fiction, but I know better.  God who is capable of creating the world and everything we can see, is certainly capable of doing something on a much smaller scale that is still very spectacular.

Knowing how to read and study the Bible will greatly increase your understanding of God’s Word.  Understanding that not every word in the Bible is the Truth will help you figure out what is the truth.  You do realize that if everything in the Bible was the truth, it would not be necessary to “divide the truth”.  What is a division?  A division is a separation of one thing from another thing.   To divide something entails effort, work, tools, study and understanding.  If you were a doctor about to do surgery on someone you are about to cut them open or divide their flesh to look inside.  If you don’t know what you are doing your patient is in trouble.  Well dividing the word of God is somewhat similar, if you don’t know what you are doing, you are the patient that is in trouble.

If you would like to continue reading about Understanding Truth in the Bible please go to “Part 2“.