Why is the Bible so Hard to Understand? 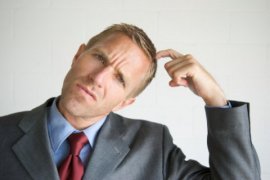 (Ver 1.2)  Here is a topic that might raise a huge debate.  Is the Bible hard to understand?  Can you read the Bible cover to cover and know exactly everything that it says?  There are many that I have heard who think that you can.  However, I believe based upon the number of divisions, dominations, unbelievers and atheists in the world, it is clear that the Bible is very, very difficult to read and understand.  So why is this such a delicate subject?  I think it could be partially because there are so many people in the world that have learned something that they think is in the Bible and are holding fast to it like there is nothing else to learn.  I see this all over church denominations, they learned something great a hundred years ago and they stopped learning.  There is a famouse statement that applies to this discussion and it says “The greatest enemy to knowing the truth is believing that you alread do”.   That statement precisely describes a great number of people in the world.   God brings along someone new with a new revelation of something that He wants to teach His people, and we have idiotic denominations preaching these people are of the devil and saying they are all heretic teachers.  If only they would be open and receptive enough to study and find out if it was true before they condemned it, most of them would have to change their minds and ask God to forgive them and then they would have to change what they are teaching.  Pride causes many to fail this requirement quickly.  No one wants to admit I was wrong please forgive me for what I use to teach.

So why is the Bible so difficult to understand?  The Bible is a highly unique book written by over 50 different human authors in many different writing styles.  But that is not what makes it so complex to understand for you see the entire book is really written by only one author and He is God.  God used different men to write down what He wanted to say but it all goes together in harmony.  So what is the difficulty?  Here is a scripture that helps to explain at least part of the problem, if not the majority of the problem.

1 Corinthians 2:14  But the natural man receiveth not the things of the Spirit of God for they are foolishness unto him; neither can he know them, because they are spiritually discerned.

There are some really strong words given to us here and this verse contains the primary reason why even many Christians don’t understand the Bible.  You see this verse doesn’t say it is talking about an unsaved man, just a natural man.  What is a natural man?  If you look up the word it means one that is dominated by their senses.  In touch with how they feel more than what they believe.  The Bible speaks of a carnal mind being an enemy to the things of God (Romans 8:7).  A carnal mind is a mind that is dominated by the flesh and not the spirit.  So we begin to see a pattern to the problem.  The unsaved world doesn’t have a clue that they are a spirit living temporarily in a human body so there is absolutely no way they would ever be able to understand the Bible.  It is only after we let Jesus come into our hearts that we can begin to see and understand the Words of God.

So then what do Christians need to do to become more spiritual and less flesh dominated?  That is another point of controversy but I’ll tell you what happened to me, because I can’t speak with any authority about what happened to you.  I was saved, I believe as young child in Vacation Bible Schools and Christian Summer Camps.  I was raised in a Christian home and my father was a pastor of several churches.  However, as I grew up I drifted away from the things of God and became flesh dominated and controlled.  I married and we had kids and finally through a series of events that occurred, God had my complete attention.  I began to seek God for more of Him and started asking to be filled with His Spirit.  Before, all of this I really never understood the Bible, didn’t like to read the Bible and didn’t care about anything that was in it.  However, God answered my prayer and filled me with the Holy Spirit and all of sudden the Bible came to life and the words on the pages spoke with meaning, power and authority.   A new awareness of God, a knowing God on a deeper level, an actual personal relationship with God occurred.  So many people read the Bible to learn about God,  when God really is more interested in them knowing Him first.  So that was a quick testimony of my story and how God was able to change my heart and as a result while I don’t know everything, He has certainly been able to teach me a lot more than I use to know.  God is capable of teaching you whatever you need to know, but the problem is not with God, the problem is always with us being able to change and receive from Him.  It is a complex world we live in, we were created by a highly complex God who has developed complex rules and systems that He operates within.  The idea of an omnipotent God that places limitations upon himself and what He can do, is probably offensive to many religious minded people.  But, I didn’t create the systems, the rules, the guidelines, the laws that He imposes upon us and himself.  We are required to figure out how He operates and change to fit His requirements, we should all know and understand, that God will not change to fit our requirements.

This was not a long lesson, but it requires a lot of humility and deep thought for the reader to see what is covered.  I thank you for reading it and I pray you learned something from it.  God Bless you and if there is anything that I can do leave me a comment and I will try to respond in a timely manner.