Gen 1:1  In the beginning God created the heaven and the earth.

(Ver 1.2)  This is Part 2 in the series of Bible lessons on Genesis chapter 1.  If you have not read this from the beginning I would suggest that you go back and start with “Part 1” first.  Genesis 1:1 is not a long verse but yet it contains profound information about creation and the creator God as we learned in the first lesson.  Bible scriptures can be viewed in at least two different ways and probably more than that, if you think about it.  There are actually many ways to view every scripture, there is a natural perspective, a literal perspective, a symbolic perspective and a spiritual perspective to name just a few possible ways to interpret verses.  There will always be explicit truths that are given in every verse as well as the implicit or implied truths that are indirectly derived from studying the verse.  The first verse in the Bible tells us explicitly that there was a stated beginning and that it was initiated by a creator God.  What we learn from this explicit definition is that the beginning of all time and all physical matter occured in this single verse.  The implications of this verse are of course enormous and very significant for us to understand also.  We can learn by implication that it would have required an all powerful being to create everything that we can see in our vast universe.  We can further learn that it would have required a being of tremendous intelligence in order to create the complex systems, physical laws and all of things that we have learned through modern science and technology.

One of my goals to teaching the Bible, is to help you learn how to study the Bible correctly.  That of course is a subjective statement that is open to many different opinions.  I really can’t help that people see things diferrently reading the exact same words.  Just because something is different does not make it accurate or true, in fact it raises the point that someone is definitely wrong since both views if they conflict cannot be simultaneously correct. 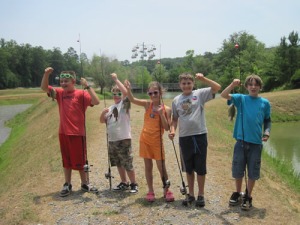 Therefore, while I teach you a subject I will occasionally introduce you to new concepts, principles, laws that I follow for Bible interpretation to help you understand my approach.  This might be beneficial to you based upon the old proverb that you can help a man temporarily by giving a man a fish, but to really help them long term you need to teach them how to fish for themselves.  So me doing the study and telling you what I have seen is only a short term benefit if I don’t explain how I got to what I said.  So today I will start by telling you two things that I observe in every verse that I study.  First I pay attention to every word.  I look up every word in the Strong’s dictionary to understand the definition of the word in the original language.  I also search for that word usage in the Bible to see where else God used it to help me understand what else God says on the subject.  Next, one of the key things that I observe is the order of mention.  Every word of God is designed with purpose.  Nothing is given to us int he Bible that is not important and the order of mention is many times as equally important or even greater to understand than the words that are mentioned.  So let’s look at the words in this first verse of Genesis.

What else can we learn from this verse?  Since we learned by explicit and implicit definition that there was a beginning to time, we can therefore conclude by logical definition that before this creation event of a stated time initiation point  occured, the concept of time did not previously exist.  Therefore prior to Genesis 1:1, God existed eternally and indendepntly outside of the constraints of the dimension of time when He created the time diemension.   Modern astronomers have concluded from observation that the universe around us, is expanding at an astronomical rate of speed.  They can look through their telescopes and see back into time literally millions of years or even longer.  Several scientist have concluded that the universe can be mapped in reverse to a starting origination point they call the “Big Bang”.  But, hardly any have concluded there was an external force that caused this bang to occur.  What many of these same scientists call the “big bang”, the Bible just simply calls the beginning.   Therefore, we can learn from science and from God’s Word that there was a single point event in the past where all matter originated from something which is not directly stated or revealed in this verse.  This beginning was the stated central point of creation origination and most definnitely an explosive powerful event that was triggered by someone that we call God.  We see three basic essential components for our existence in this verse of creation; these were space, time and all physical matter.

In reading and studying the Bible I often times observed that the words in a list of items are ordered or organized in either priority or time sequence.  What I have derived from this information is that in verse one of Genesis, time is mentioned first (the beginning), space is mentioned second (heaven) and finally specific matter  was mentioned last (earth).

This would seem to imply that God created the concept of time first followed by the concept of heaven or space both before the concept of matter and our planet earth was created which makes the most logical sense to me.   Therefore, the order of mention in a verse can have meaning.  However, the concept of heaven is more complex than just a simple statement of space.  This of course is a little difficult to discover in the Bible, but since I have spent significant time extensively studying the Bible I have discovered that there are three different realms or dimensions that are referred to using the same word translated as “heaven”.   Two stated realms are physical and one stated realm is spiritual.  While we can fairly easily understand what the “earth” repersenents in this verse, the term “heaven” could potentially refer to any of the other possible entities foud in the Bible; either the earth’s atmosphere, or the known physical universe or to the spiritual place where God’s throne resides today.  This is where we need to introduce the concepts of contextual word asociation interpretation and consistent word interpretation so that we can correctly understand the meaning of one word by understanding the correct interpretation of another associated word in the same verse or chapter.  Since we are on the very first verse in the chapter, we will narrow our interpretation to only other words found here.

Let’s take the the word translated as “earth”.  This Hebrew word literally means “to be firm”.  Thus it teaches us that it could be related to the existence of physical matter if viewed from a purely non-spiritual perspective.  If the earth is a physical firm planet then the only correct interpretation of heaven in this verse must also be of the same like substance also being in the physical realm consisting of the surrounding bodies observable from the earth.  If we tried to make both heaven and earth in this verse in spiritualrealm then we would need to ask where did God reside when He was making this spiritual realm?  Since this does not logically make sense to me, I would have to conclude therefore, that heaven in verse 1 was not referring to throne of God in the spiritual realm since that is where God is when He created our natural realm.   It is only logical to conclude that the spiritual God existed eternally somewhere before the creation of all physical matter and this must have been the spiritual realm called heaven which pre-existed the created heaven in verse 1. 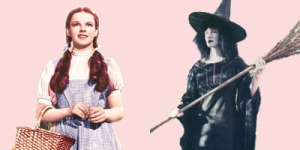 There are other very basic implied opposite truths found in this scripture that we can learn from today.  This is what I call the “law of antithesis” and there is much to learn using this logical concept throughout the Bible.  This law of Bible interpretation states that for whatever truth that is directly stated in any verse, there exists an implied oppostie realm of truth that is not directly stated.  This is a common theme of life.  For every good there is an evil.  For every negative there is a positive.  For every east, there is a west.  Therefore, if there was a stated beginning then there must also be an implied ending.  We can also ascertain this by the direct hidden reference to the  first and last letters of the Hebrew alphabet that we looked at in lesson 1 that describes the God who created everything.  The implication is confirmed to us by what we read in Revelation when Jesus told us that He was the first and the last, the beginning and the end.  There is coming an end and I feel very confident that it is going to be very soon.  There is further the revelation that if time had a beginning that time will have an ending.  Therefore, what exsited before time will be that which exists after time.  Antithesis truth is really quite outstanding if you can see them.

I could have spent a lot of time looking up the Hebrew words and all of their references, but you can do that on your own.  I feel that Genesis is one of those books that is greatly misunderstood.  I have spent more time studying Genesis than almost any other book of the Bible.   This book is rich with information that is essential to understand correctly.  One key way to understand it is to see what God says in the other parts of the Bible where He gives us His professional commentary on the subject.  This is called a “letting the Bible interpret itself” concept and that is a rarely found technique used by people to study the Bible.  However, I have found that it is essential or you will remain in a isolated text mentality for Bible interpretation using only your failed human reasoning.  I hope and pray that you are learning something about God’s Word today that you did not know before and not only that but are grasping new ways to study the Bible that will help you to see what God has given to us.  God Bless you until next time.

If you would like to continue reading in this Genesis 1 Series you may go to “Part 3“.