← Understanding Bible Faith! Great Faith? Even Dogs Eat the Crumbs from the Masters’ Table! Part 11
Understanding Healing, Sickness and Disease in the Bible! Where does it Come From? Part 1 →

Understanding the Signs of the End of the Age! Great Earthquakes in the Last Days!

Mat 16:3  And in the morning, It will be foul weather to day: for the sky is red and lowring. O ye hypocrites, ye can discern the face of the sky; but can ye not discern the signs of the times? 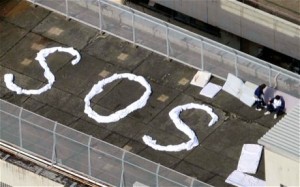 (Ver 1.1)  This is Part 2 in a series of advanced Bible lessons on the subject of the signs of the end times.  If you have not read from the beginning of the series I would recommend that you go and start with “Part 1“.  In the news the last few days the great earthquake in Japan has been very disturbing to many people.  However, this is really nothing new, is it?  Here we have a major Biblical prophecy unfolding before us and people are very surprised that it is happening.  If they would only read their Bibles they have had seen God tell them it was coming.  Over the course of the last few years we have had major quakes in Japan, New Zealand, Chile and Haiti.  As recently as 2004 we had one of the greatest earthquakes ever registered in the Indian Ocean that caused a massive Tsunami that killed almost a quarter million people.   They are predicting that the earthquake in Japan has killed up to 10,000 people.   In Chile and New Zealand there were both less than a 1000 deaths.  But, in the Haiti earthquake last year there were around 170,000 killed.  These are not all of the quakes, just some of the major ones that have made the news because of the deaths and devastations that have occurred.   I believe looking back over our history; the largest recorded earthquake occurred around 1964 in Alaska and it measured 9.2 on the Richter scale.  So this was less than 50 years ago.  While I do not like what is happening, I can read the signs that are being presented to us that the earth is coming to the end of the age.  I know there are many confused Christians that do not believe that and I’m sorry that you cannot see the truth.  From everything that I have read in the Bible, it is not going to get any better; but, according to God it is going to get much worse.  In other words what we have witnessed in the last 50 years is nothing compared to what is about to happen on the earth.  I do not want to be a doom and gloom preacher, but I feel like it is somebody’s responsibility to be realistic and warn people of what is coming.  I am not here to sell you a book by hyping something up.  What I tell is for free.  Here is some of the important things that Jesus taught us in the Bible about what is happening right now:

Luk 21:10  Then said he unto them, Nation shall rise against nation, and kingdom against kingdom:

Luk 21:11  And great earthquakes shall be in divers places, and famines, and pestilences; and fearful sights and great signs shall there be from heaven.

I am not acting as a prophet and telling you what will happen today, I’m simply reading the greatest prophet Jesus and seeing what He said to us.  In verse 11 Jesus said there are coming “great earthquakes”.  Look up the definition of this word “great”.  It is the Greek word “megas” that means big, large and mighty.  These are just a few things in the Bible that describe what is happening in the world.  All of these could be from a story given on the evening news cast.   We have seen wars, but these are nothing compared to what is coming.

1Th 5:3  For when they shall say, Peace and safety; then sudden destruction cometh upon them, as travail upon a woman with child; and they shall not escape.

God says that there are more wars on the horizon to come and therefore, be warned!  Many will die!  Be warned!   God says that when everyone cries for peace and safety in the world that destruction will fall suddenly upon them.  Notice I’m not calling for peace or safety in this blog.  Did you notice that?  There will be Global climate changes, floods and natural disasters that will cause the world’s food supply to dwindle to nothing.  Many will die!  Be warned!   We are not through with the earthquakes either, there are more big ones coming and many will die.  Be warned!  Fear will become prevalent with all non-Christians.  Be warned!

Luk 21:26  Men’s hearts failing them for fear, and for looking after those things which are coming on the earth: for the powers of heaven shall be shaken.

Jesus in the same discourse tells us of great fear that will begin to come on men.  This fear will cause their hearts to fail and for them to fall dead in the streets.  Do not think this is not happening today, it is all around you.  Heart failure is the number one killer in the world.  Look it up and see if heart failure is not the leading cause of death in the world today.

Luk 21:25  And there shall be signs in the sun, and in the moon, and in the stars; and upon the earth distress of nations, with perplexity; the sea and the waves roaring;

The potential for Tsunamis is also a growing threat to many people.  If you live near a coast, be warned!  If you live near known fault lines then be prepared, it is coming!  If the seas and waves are roaring as Jesus had said, then there is something causing them like the Japan earthquake this week.  The roaring sea wiped out many things, cities, boats, trains, cars, houses, buildings and these all happened in a matter of seconds.

I do not believe that God is causing these things to happen, but yet God knows that they will happen and He tells us of them before they occur.   Always remember that God knows the end from the beginning, so nothing is catching Him by surprise, it is only those who ignore His Word that are caught by surprise.  I believe that we are very, very close to the return of Jesus.  I saw a man on TV the other day that Jesus appeared to in a vision and told him, tell my people I am coming soon.  I don’t know about you, but I believed him.  Jesus is preparing those who are listening to be ready.  To those who do not believe in the rapture, he is saying this is what will happen and why we are gone.  You see when we disappear from the face of the planet, there will be many deceivers trying to tell you what happened to us.  Since these people were so easily deceived in not believing in the rapture, I think they will continue to be easily deceived into other lies.

Rev 16:18  And there were voices, and thunders, and lightnings; and there was a great earthquake, such as was not since men were upon the earth, so mighty an earthquake, and so great.

Here in this chapter of Revelation, it appears things get dramatically worse.  We also seem to see that God has gotten personally involved and has sent angels to pour out the wrath of His fury.  God predicts the greatest earthquake in the entire human history is coming in Revelation 16.  If you have never read the book of Revelation you are missing a view into a seven year descriptive time that is about to happen.  I do not know exactly when it will happen, I just know it is not long from now.  So I sound like a “Chicken Little” Christian telling you the sky is falling.  If you think this year is bad and the worse that it can get, I can only tell you to ignore me and tell me what happens next year, if I am still here.  I am not setting a date, I am not telling you the world is ending tomorrow, I just know things are happening very fast right now.  It is like time is accelerating to a climax.

So if you don’t agree with my assessment of the world’s situation from the Bible viewpoint, then that is OK.  You do not have to write me a nasty comment.  If you just wait a few months we will both see who is right, you or me and you won’t sound like a fool if I’m right.  If I am right then I won’t be here to look like a fool, because Jesus said this to me:

Luk 21:28  And when these things begin to come to pass, then look up, and lift up your heads; for your redemption draweth nigh.

Jesus personally told me that when I see these things beginning to happen.  Did you notice that?  Jesus said this was the beginning and not the end of them, so there are definitely more to come.  Do you choose to believe what Jesus is saying to you?   I definitely do!   Jesus told us, fear not, for when these things start to occur you should look up and see that I am coming.  I personally believe that Jesus is coming only for those who are looking for Him.  So if you are not looking for Him to come, He will not bother you.

Luk 21:27  And then shall they see the Son of man coming in a cloud with power and great glory.

We shall behold Him in His Power and Glory in the sky.  Therefore, He is not coming to set foot on the earth this time.  This is just a coming to catch away His people from the coming turmoil and destruction that will occur on the earth.  I really do not understand why people would not want to believe in the rapture, it is right there in front of them and even Jesus describes it to us.  Please be wise and heed the Word of God.  These are not my words so I am not offended if you do not believe them.   Just know that someone tried to tell you what was happening before it happened and you had a chance to hear it.  Do you discern the signs of the times?  God Bless you to see them!

← Understanding Bible Faith! Great Faith? Even Dogs Eat the Crumbs from the Masters’ Table! Part 11
Understanding Healing, Sickness and Disease in the Bible! Where does it Come From? Part 1 →