Genesis 1:6-8 God the Divides Waters from the Waters!

Gen 1:6  And God said, Let there be a firmament in the midst of the waters, and let it divide the waters from the waters.

Gen 1:8  And God called the firmament Heaven. And the evening and the morning were the second day. 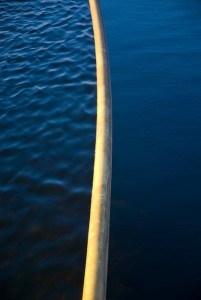 (Ver 1.1) The first three chapters of Genesis are very full of symbolism.  I believe the 6th verse of Genesis 1 is no exception.   Here God speaks of natural things, but these things all have spiritual meanings that were hidden from man.  God again deals with the subject of division on the 2nd day of creation.  In this verse God seems to establish a separation between two bodies of water and He calls this expanse of separation the firmament.  It is interesting to note that our sky separates two very large bodies of water.  We of course know the oceans and the seas are very large bodies of waters but we also know through scientific studies that the clouds and the atmosphere above contains a large amount of evaporative waters.  Rain obviously falls from somewhere and waters the earth.  It is a process created by God to water the plants of the earth and to give us a fresh drinking water supply.  All of this is good and all of this is interesting but God is also giving us some more information in this chapter that we need to become aware of.

What is the symbolic term “waters” representative of in the Bible?  How does God define waters?  It might surprise some of you but the seas and bodies of waters is often times referred to as a type of peoples or nations.  Isn’t that an interesting concept?  Let me quickly give you a scripture that supports what I just said.  In Revelation 17:15 God gives us a definition of the term “waters”.   God again uses “waters” in Revelation 17 symbolically and so read this verse very carefully and observe what it says:

Rev 17:15  And he saith unto me, The waters which thou sawest, where the whore sitteth, are peoples, and multitudes, and nations, and tongues.

God specifically says that the symbolic “waters” are representative of many people and nations.  So if we look again at the 2nd day of creation, God says he has separated waters that are below from the waters that are above.  If we apply the definition we found in Revelation to these scriptures and apply them to the context of them being prophetic, what conclusions can we arrive at?

What happened 2000 years after Adam?  Looking at the Bible timeline we can discover God’s covenant with Abraham occurred approximately 2000 years after Adam.  The establishment of the nation of Israel occurred on the 2nd day of God’s timeline.  God made a covenant with a specific group of people.  He chose to marry a nation of people.  God did not covenant with the entire human race, just the descendants of one man named Abraham and then only with the descendants of one of his son’s Isaac.  What was the result of this act of God?  We had one group of people in covenant with God and the rest of the descendants of Adam separate from the covenant.  That represents a clear division and an established difference between two waters.  The waters from above were now different than the waters that were below.

It is very interesting to note that 7 times in the first chapter of Genesis, that God says what He did was either “Good” or “Very Good”.  But, on the 2nd day of creation there is no mention of anything being “good”.  The first time we saw something that was stated to be good was the mention of Light being separate from darknesss on day 1.   The next time anything is said to be good is on day 3.  I can only conclude based upon this evidence that whatever God did on day 2 was necessary, but not something God wanted to do or what He considered to be good.  That of course was just my opinion, but I find it fascinating.